... as far as selection goes, you can get just about anything you want in the SUV class.

by Larry Cruise
in SUV
0

Life is all about variation – whether it’s in the food on the menu, the social media you spend more of your time, or your choice of a vehicle.

Arguably, almost everything comes with some amount of difference; so do SUVs.

Ever since mankind fell in love and accepted the concept of Sport Utility Vehicles back in the 1980s and 1990s, engineers have been continuously coming up with new and exciting concepts of the vehicle. As such, we now have several SUVs types.

If you just asked the question – what are the different types of SUVs? Then keep reading because this article is for you.

Sport Utility Vehicles have become the “family’s best friend”; all thanks to their extra seating and roomy interiors. Compared with trucks and standard-size cars, SUVs make a better choice for a family car.

SUVs have an edge over other cars when driving in unfavorable weather or road condition. They are well designed for off-road use and feature 4WD (Four-wheel drive)

What are the different types of SUVs?

Generally, we can classify SUVs into 6 categories

Crossover SUV, otherwise known as CUVs or better still ‘Crossovers’ has since 2010 become increasingly popular. They are often based on a similar platform as passenger car that boosts fuel economy but less off-road capability.

It is no news that SUVs have poor fuel maintenance. However, in an attempt to improve the fuel consumption in SUVs, the crossover SUV was created.

Unlike pickup truck-based SUVs, the crossovers are sold without an all-wheel drive.

Another thing that distinguishes CUVs from other SUVs is the body build – if you know what SUVs mean.

In the United States, the definition is often blurred out since unibody vehicles can also often be regarded as SUVs. Take for example the 1984 Jeep Cherokee (an early unibody SUV) is barely called crossovers.

Outside the United States, the term crossover is used to refer to Compact (C-segment) or small vehicles, with large unibody vehicles such as the Mercedes-Benz GLS-Class, Range Rover, Dodge, and BMW X7 being referred to as SUVs rather than crossovers.

Mini SUV is another category of Sport Utility Vehicle. It is the smallest size class of SUV.

Today, vehicles labeled as mini SUVs are built on the platform of a subcompact passenger car (B-segment or equally called Supermini)

In Japan, SUVs like Mitsubishi Pajero Mini are listed in the Kei car category and as such it attracts a lower tax. The same applies to other SUVs under 133.9 in (3,400 mm)

In terms of size, the Compact Sport Utility Vehicle is the next bigger class after mini SUVs.

The majority of recent vehicles that are labeled as compact SUVs are technically compact crossovers (C-segment vehicles) built on the platform of a compact passenger car.

The Mid-size Sport Utility Vehicle is the next bigger class after compact SUVs.

The term ‘mid-size SUV’ is not commonly used outside of North America as mid-size SUVs are usually grouped will full-size SUVs.

Although some mid-size SUVs are crossovers based on a platform shared with passenger cars, others are based on compact or mid-size pickups.

Being next to the mid-size SUV, full-size SUVs are the largest size of SUV that’s produced. A good number of them being distinct for their off-road capabilities while others are distinct as luxury vehicles.

Some North American SUVs are available as a long-wheelbase version of a full-size SUV.

We call them extended-length SUV and they are quite popular and sold in North America, South America, the Philippines, and the Middle East.

This class of SUVs is built on dedicated platforms, heavy-duty pickups, or full-sized pickups. The extra length is used to creates room for rear passengers or cargo.

These are basically the types of SUVs out there. Knowing what the differences are is a bonus point for you.

Now you won’t only make an informed decision when it’s time to buy; if someone peradventure asks you what are the different types of SUV, you definitely won’t be ‘stargazing’

I'm crazy about anecdotes; most especially when they tickle my fancy. I love cars, sometimes I feel like I have 9 lives when crossing the road. When I'm on a Sabbatical leave from SUVradar, you can quickly spot me in a corner talking about cars. 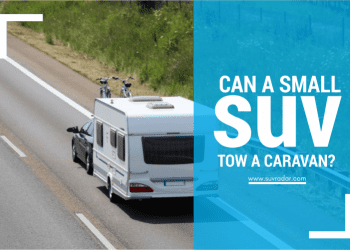 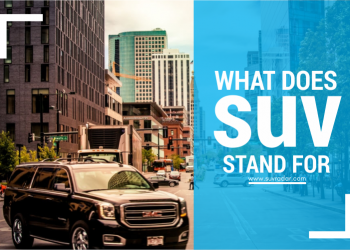 Wondering What SUV Stands For? Read This! 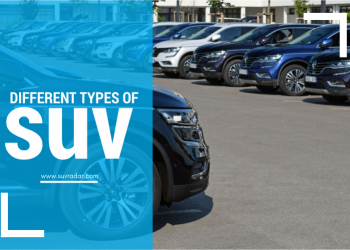